Here, noshers, I present you with the story of chocolate lovers Toby and Alix Gadd. If you remember I ran into Toby Gadd during my race to finish the Foodie Walk and he gave me the privilege of an interview and a look inside their beautiful new shop. 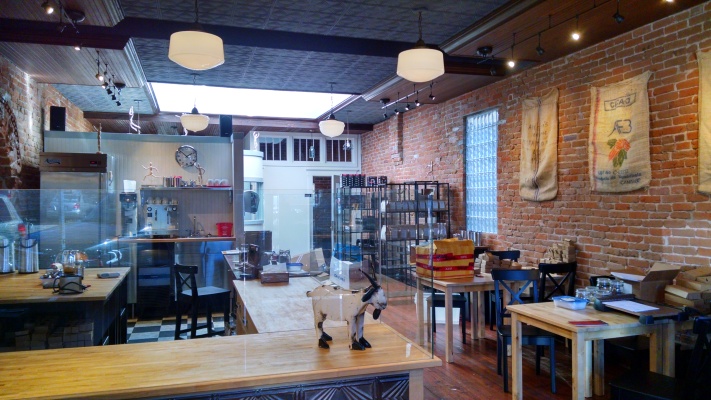 Now, after a follow up interview and a lot of note organizing, I finally have it all down. For more information and a video, I direct you to the article by the Coloradoan!

So, without further ado, Nuance Chocolate is located at 214 Pine St. in Fort Collins, and it is the result of a life-long passion held by the Gadds. They used to go on dates to Whole Foods and buy the most expensive chocolate they could find, which was both romantic and prophetic in this reporter’s opinion!

While on vacation in Costa Rica, the Gadds indulged their passion and did something a little out of the ordinary. They visited a “chocolate museum,” that was actually a trek through the jungle tasting all the different wonderfuls nature had to offer.

It was there that the Gadds found their passion in it’s purest form. “It was like the wild essence of chocolate,” Toby Gadd said. So, when they got back, they began transforming their kitchen into a chocolate factory to re-create their experience in Costa Rica.

What began as just a hobby developed into a dream to share their creations with other chocolate lovers. The Gadds began amassing the proper equipment, and eventually acquired their own factory on 148 W. Oak St.

He says he and his wife take inspiration from the breweries that have grown up in Fort Collins and made a niche in the community for their craft products. “They’re great role models for us in many ways,” Toby Gadd said.

Small-batch chocolate developed an identity in 2006, and this was the form of chocolate the Gadds wanted to focus on. The beans are roasted in batches as small as five pounds, and each batch could take up to 60 hours to prepare.

Nuance derives it’s chocolates from a few different origins; including Ghana, Ecuador, Madagascar and Venezuela. Every origin produces beans with unique flavors and strengths. “It takes time to get a new bean and figure out what it’s capable of,” Toby Gadd said.

With the shop set up and the employees trained, Nuance is expected to open within the next week, although do not expect a lot of fanfare; the Gadds plan to “open their doors quietly one day.”

Whether it’s truffles or tastings, the Fort Collins community can expect great things from Nuance. No matter what form the chocolate takes, it will be made with passion, because as  Toby Gadd said “I just love what we do.”

Krazy Karl’s is named after one of the restaurant’s three owners. He is the one who came up with the idea to open a pizza place.

Students cite Krazy Karl’s late hours as one of the main reasons it is their favorite pizza place.

Low prices are one of the many ways Krazy Karl’s caters to it’s main demographic.

A 10″ cheese pizza. Krazy Karl’s offers many options when it comes to cheese, including feta, ricotta and cream cheese.

Krazy Karl’s oven. The number of racks in the oven has tripled since the restaurant’s opening to keep up with demand. 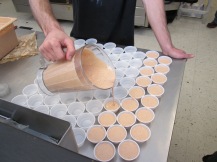 Krazy Karl’s used to have a martial arts studio next door. In February the studio moved out and Krazy Karl’s was able to expand into the new space, creating a dine-in area and a bar.

Until February, this was the entirety of Krazy Karl’s. With the addition of the dining room and bar, the restaurant has doubled in size.

Customers express their enthusiasm on the restaurant’s map.

A close-up of Krazy Karl’s famous dough. The dough is the restaurant’s claim to fame and it is used to make the hot Grinders as well.
%d bloggers like this: